Litecoin mining is becoming an increasingly popular alternative to Bitcoin. Due to many technical differences between the two, Litecoin is seen as a more accessible and often more profitable alternative to the crypto giant. As with mining Bitcoin, picking the right pieces of hardware for the job will go a long way in increasing your profit margins and helping you recuperate on your investment.

So whether you’re an experienced miner or just starting to get your feet wet, we’ve put together a definitive guide on Litecoin mining hardware and what you should consider investing in.

What Exactly Is Mining Hardware?

For starters, we need to describe what mining hardware actually is and what the process involves.

If you’re new to cryptocurrency mining, then it’s essential to understand what mining actually involves. The process of mining is mainly using machinery to solve mathematical problems. This “mines” the desired cryptocurrency coin and deposits it in a digital wallet that can then be used in a variety of different ways.

You can even register for services like BlockCard that will make using cryptocurrencies as easy as using a credit card. It’s a little more complicated than a simple explanation, but the vital thing to understand is that the computer hardware you use to mine will significantly affect your chances of mining a coin and earning a profit.

While all cryptocurrencies function similarly (using computer processing power to generate coins and rewarding users), they all have specific differences that make certain types of hardware more effective in the long run. This is why a setup that has been optimized for Bitcoin might not necessarily be the best Litecoin option.

Want to learn more about the bitcoin industry? Check out BlockCard for more information

What Hardware Do You Need to Mine Litecoin? 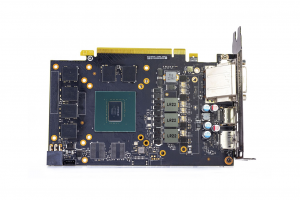 There are actually three different types of processing units that can be used to mine Litecoins.

For starters, a Central Processing Unit or CPU is the most basic “brain” of a computer that can be used to mine Litecoins. While inexpensive (depending on the model of CPU you have), it’s incredibly slow and doesn’t have enough computing power to be worth the effort. While you can theoretically use your current computer and its CPU to mine Litecoin, you’ll need a more specialized setup to see any noticeable gains.

Next, we have the more powerful Graphics Processing Unit or GPU that is far more powerful. These components are well-known among PC users because of their ability to place modern video games with beautiful graphics. Some GPUs can easily reach into the thousands and take hundreds of watts of power to function at maximum capacity. Not only is a GPU an expensive investment, but running them at full potential can also be costly on your electricity bill. However, they are the most popular type of processing unit when it comes to mining.

Lastly, we have Application-Specific Integrated Circuits or ASICs for short. These are considered to be the premium Litecoin mining hardware because they are created with a single purpose in mind, which is to mine Litecoin.

CPUs and GPUs are fairly powerful and have many uses. However, they’re not designed from the ground up like ASICs are, meaning they will never be as efficient as a powerful ASIC when it comes to mining Litecoin. If you’ve already got a gaming computer with an expensive and powerful GPU, then you’ll see some noticeable returns when mining Litecoin, but if you want to optimize your setup, then you’re going to need to invest in an ASIC.

Related: Everything You Need to Know About How to Sell Bitcoin

Litecoin Mining Hardware to Invest in

You probably don’t even need to invest in a CPU or a GPU because they come with the most modernized computers. If you have a gaming laptop or computer, then you will very likely have a powerful GPU that is entirely usable in a mining scenario. However, you need to keep in mind that a GPU is not designed for Litecoin mining and, as a result, will pale in comparison to a dedicated setup. However, if you simply want to try out mining for yourself without investing in anything yet, then using your CPU and GPU can give you an idea of what to expect from Litecoin mining.

Just keep in mind that CPUs and GPUs will need to be continually running to provide the power required to mine Litecoins. This means you can expect your electricity bill to go through the roof.

When it comes to specific CPUs and GPUs, you can take a look at the latest multi-core processors from both Intel and AMD as solid choices. In terms of graphics processing, Nvidia currently takes the lead with its RTX series graphics card, offering an incredible amount of performance, albeit at a dazzling price tag. However, if you’re looking for an all-in-one machine that can be used for demanding tasks and Litecoin mining alike, then these hardware choices are a good option.

Need a card to use your crypto without delay? Check out what BlockCard can do for you

If you’re serious about mining Litecoin, then the smartest hardware to invest in is an ASCI, such as the Antminer series. These are well-known in the cryptocurrency mining scene and have been around since 2017. These devices are primarily made for the sake of mining cryptocurrency and, as a result, can’t actually do much. You can’t use them as regular computers, and you’ll need to connect them to an existing device to configure them and get them set up.

Thankfully, these can be extremely cost-effective when it comes to mining Litecoins, and you can pick them up for relatively low prices if you’re okay buying second-hand or refurbished. There are many different makes and models in the ASIC world, so we highly suggest you do some research on the latest models to find the most cost-effective solution in terms of processing capabilities and power consumption.

Should You Invest in Litecoin Mining? 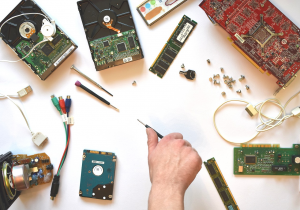 If you’ve never tried to mine a cryptocurrency or have no experience in the subject, then it’s going to take some time before you can fully understand the ins and outs of Litecoin mining. Luckily, there are plenty of resources available to help you learn more about Litecoin mining and cryptocurrencies in general. This advice will significantly increase your chances of success if you decide to invest in Litecoin mining.

Since it’s something you can do with standard consumer-grade computer hardware, it’s worth experimenting with the device if you’re new to the concept. However, if you’re trying to push the limits of your hardware and are heavily invested in cryptocurrency mining, then we hope that this guide can help you make smarter hardware decisions.

BlockCard makes it easy and convenient to use your cryptocurrency