What Countries have Banned or Restricted Cryptocurrencies

Cryptocurrency exchanges fall under the regulatory jurisdiction of the Bank Secrecy Act, which oversees the activities of financial institutions and payment transmitters. However, there are several countries that have banned or severely restricted its use. Two of the most common reasons cited by these countries’ governments are crypto scams and threats to the government’s monetary policy. The number of crypto scams grew by 40% during 2020 and is further predicted to grow by 75% in 2021.

Cryptocurrency has been used as an instrument for money laundering and financial scams. Secondly, cryptocurrency undermines the government’s power to control the national currency. However, there is little evidence that such bans can work to deter people because of the decentralized nature of cryptocurrency, which means enforcing such a ban means controlling the internet. Here’s a list of countries that have completely banned the use of cryptocurrency.

In 2014, Bolivia became the first country to ban the use of cryptocurrency. The Central Bank of Bolivia issued a ticket banning Bitcoin and other types of cryptocurrencies in order to protect its national currency and investors. There is also a ban on citizens mentioning the prices of any currency that is not approved by the national institutions of Bolivia.

Similarly, Ecuador’s government announced that Bitcoin is not a legal tender in the country since its value is based on speculation. However, it is important to note that the exchange of cryptocurrencies on the internet is not prohibited but it cannot be used to purchase goods and services in the country.

In 2018, the Algerian government issued a ban on the use of all kinds of cryptocurrencies. The official legislation called cryptocurrency “internet money”, which they characterized by the absence of physical support like coins, paper, credit, or debit cards. Anyone who tries to conduct transactions in digital currency will be punished according to the laws and regulations put in place.

In March 2021, the Central Bank of Egypt banned the issuance, trade, or promotion of cryptocurrencies under Article 206 of the Central Bank and Banking System Law. They also banned establishing or operating platforms for trading cryptocurrencies or implementing other activities relating to them. Earlier in 2018, the Islamic legislator Shawki Allam declared that trading in cryptocurrency is haram (prohibited) under Sharia Law since the use of crypto can lead to tax evasion, terrorist funding, money laundering, and other illegal activities.

The Moroccan government explicitly banned Bitcoin and other cryptocurrencies in November 2017. The government announced that the use of virtual currencies infringes exchange regulations in the country and those to flout it are liable to specific rules and regulations. Crypto is considered a secretive payment system not backed by the state’s financial institutions and involves great risks for its users.

In April 2021, Turkey outlawed the use of cryptocurrencies for payments. The reason cited by the Turkish financial authorities was the “lack of a central regulatory authority or the absence of regulations and supervisory mechanisms”. This legislation also came in the light of high inflation rates, which has led Turkish people to invest in crypto rather than their national currency. The government also feared that increased use of crypto can be detrimental to the country’s national currency.

In 2018, the Qatar Central Bank warned banks against using Bitcoin and other digital currencies. But in 2020, the Qatar Financial Centre Regulatory Authority banned all the operations of virtual asset services. “Virtual asset services” is a broad term that refers to any kind of exchange (crypto or fiat), crypto to crypto trades, or any other kind of service that allows the issuance of virtual assets. The government said that the measure will curb illicit trading and terrorist funding.

There are some countries that have not completely banned the use of cryptocurrencies rather just restricted their use:

Cryptocurrencies are legal in South Korea but there is strict regulation over crypto exchanges. In the recent regulation of 2021, the government mandated all virtual asset providers, including crypto exchanges, register with the Korea Financial Intelligence Unit. These rules are being implemented to prevent money laundering and other financial crimes. According to estimates, $4.9 billion have been lost in crypto-related financial frauds since 2017.

India warned its citizens against the use of cryptocurrencies as it believes that crypto can be used to fund illegal activities. It hasn’t passed any anti-crypto legislation yet but it has prepared a draft bill that proposes a ban on all private cryptocurrencies. However, the country is not against the idea of digital currency as it is looking at its own Central Bank Digital Currency (CBDC) – the digital rupee.

Cryptocurrencies are not considered a legal tender in Thailand and the Bank of Thailand issued a notice in 2018 urging financial institutions to not engage in cryptocurrency transactions. In 2021, it put a selective ban on meme coins, non-fungible tokens (NFTs), fan tokens, and digital tokens. However, the government does not plan to ban cryptocurrencies altogether because it is planning to create a regulatory framework for them.This is not an all-comprehensive list of countries and regulations pertaining to crypto. With further growth of the crypto industry, the legal landscape will change not just in these countries but also globally. Surely, there is a need for a regulatory framework to curb financial crimes, fraud, and data breaches associated with cryptocurrency transactions. But since digital money is most likely to grow both in size and popularity, a complete ban might mean not reaping the benefits of the revolutionary technology. Sign up today to understand how crypto can help grow your business and change the way you think about investment. 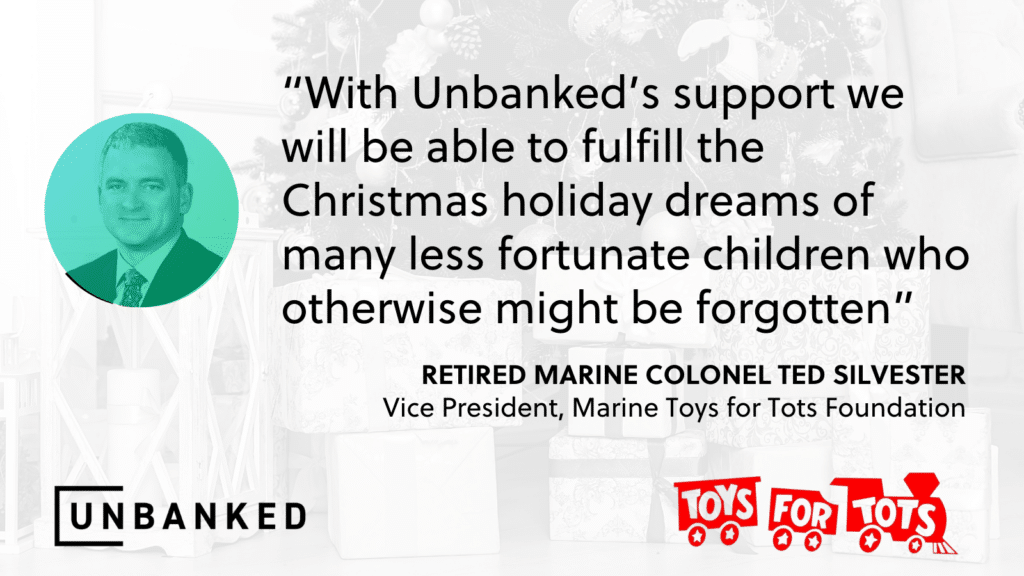 Unbanked Teams Up With Toys for Tots to Enable Crypto Donations

The holiday seasons is upon us and we’re excited to announce that Unbanked has begun a holiday fundraising program for Toys for Tots, an annual program run by the United States Marine Corps that collects new, unwrapped toys and distributes them to less fortunate children in local communities.  Starting today through December 20, Unbanked will… Read Article 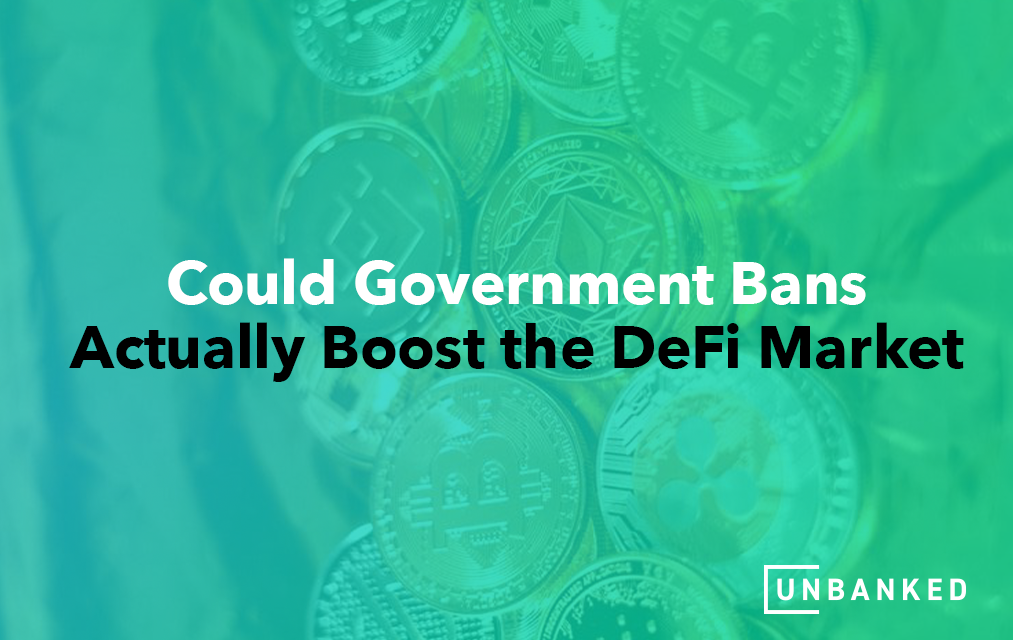 Earlier this year, the Chinese government banned cryptocurrency mining and declared cryptocurrency transactions illegal. This was mainly because of the environmental and money laundering concerns. The Republic of China also intends to roll out its digital renmimbi (RMB). Although the official date has not been announced, it has already been pilot tested in a few… Read Article 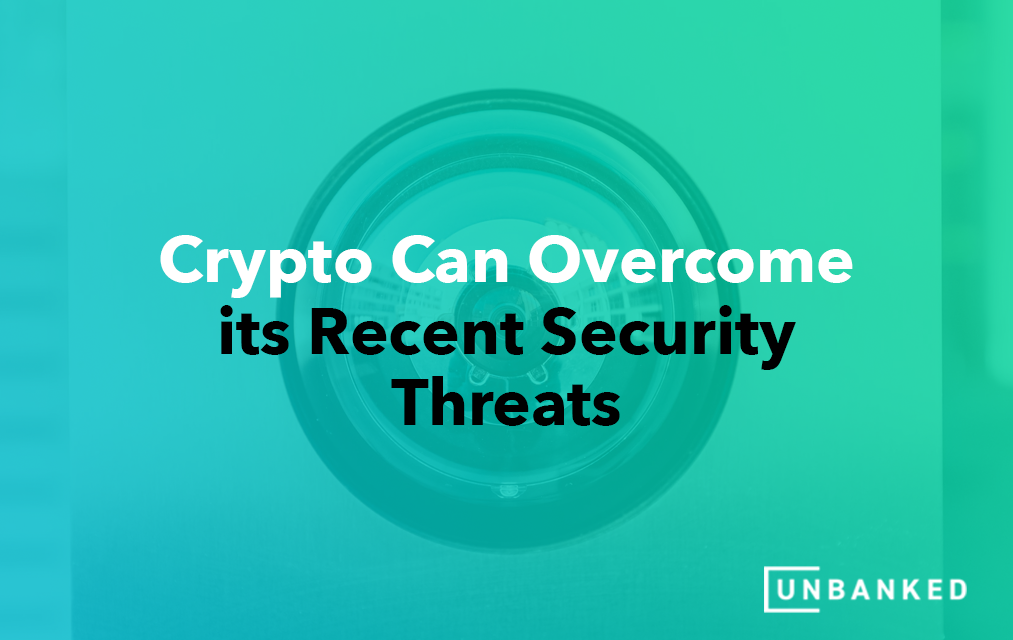 How Crypto Can Overcome its Recent Security Threats

Cryptocurrencies are making headlines every day. With their increasing popularity and adoption by several businesses and industries, the security risks have also increased. The skyrocketing prices of cryptocurrencies have incentivized more hackers to exploit and steal cryptocurrencies, especially this year. Cryptocurrency exchanges have been a popular target of hackers and attackers. In 2018, Coincheck, one of Japan’s… Read Article 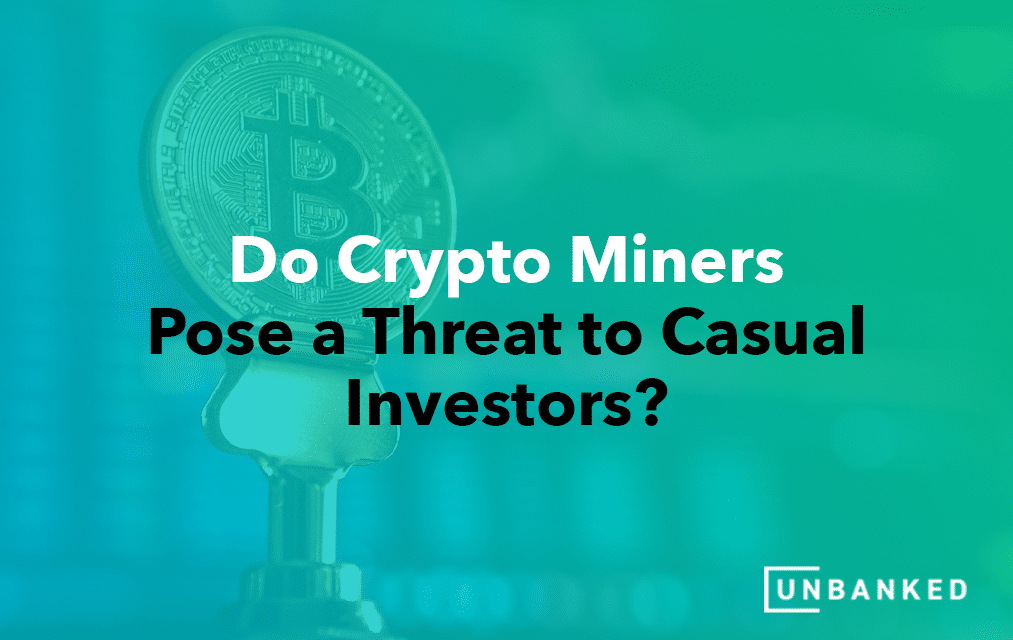 Do Crypto Miners Pose a Threat to Casual Investors?