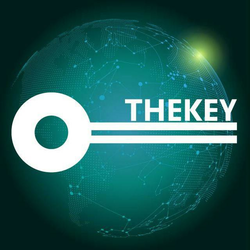 THEKEY (TKY) is the token that will be utilized on the THEKEY platform. THEKEY is a decentralized ecosystem tool for identity verification (IDV) that features Blockchain-based Dynamic Multi-dimension Identification (BDMI) and uses Personally Identifiable Information (PII) that is authorized by the government. This ecosystem is built on the Neo blockchain. Neo's Smart Economy features Digital asset, Digital Identity and Smart Contracts. Digital identity is a key element in the success of THEKEY, hence its collaboration with Neo ecosystem to establish this feature together.

THEKEY ecosystem will comprise of the validator, the service provider and the user. The TKY token will be used to validate and settle smart contracts within THEKEY's ecosystem. THEKEY's main role will be to migrate people from the physical world to the online world.

At the moment, there is a pilot program in two cities where the platform is being used for mobile social insurance to pay pensions and health care insurance reimbursements. The team behind this project hopes to expand to more than 40 more cities with more than 130 million people and eventually expand to the entire world.

This token is supported by Infinito Wallet and is available in various exchanges including Kucoin, Allcoin, Bit-Z, HitBTC, Coinrail, Allcoin and Lbank.

How has THEKEY (TKY) performed recently?
THEKEY‘s price has decreased in the last 24 hours by -8.84%. The change in price over the last seven days was 28.09%. The trading volume over the last 24 hours was $ 315,186. Trading volume indicates how many units of a currency are being bought and sold on specific exchanges. High trading volumes are likely to drive more on-chain activity, for example when people deposit and withdraw funds, and it is considered a good indicator of popular interest in the currency.