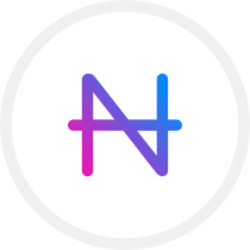 NavCoin (NAV) is a digital programmable coin that was launched on June 2nd 2014. It is an open source protocol that gives users the ability to access and use code without restrictions. The coin is based on Bitcoin 0.13, hence features most of Bitcoin's components with some improvements.

NavCoin boasts of a dual blockchain that makes its transactions faster than those of Bitcoin. While Bitcoin transactions take an average of 10 minutes, NavCoin network takes just 30 seconds. Its use of oof-of-Stake consensus means that it has no need of specialized mining machines and thus low energy consumption. It also significantly lowers the cost of transactions in the web3 economy. The cost of a transaction is estimated to be 0.0001 NAV.

NavCoin is a special crypto aiming at simplifying the use of the blockchain technology. Its developers want to create a platform where anyone irrespective of their crypto knowledge can use digital money for everyday transactions. It is also a privacy network ensuring that users remain unidentified thanks to its use of the RCA (2048 bit length keys) that are very difficult to break and a subchain process. It in addition incorporates SegWit, making it flexible for further developments in the future.

Navcoin comes with its own unique wallets classified as 'full' and 'light' wallets. Here's a list of wallets currently available:

Next - A full wallet that is stylish, allows staking and has a simple interface

Coinomi - A multi-wallet that supports Bitcoin and other cryptos in addition to NavCoin.

Navcoin is also available in a variety of exchanges key among them being Bittrex and Poloniex.

The network is run and supported by a decentralized community. It relies on Proof-of-Stake consensus algorithm making it lightweight and thus no need for huge servers. The algorithm stakes about 5% annually. In order to stake, you simply need NavCoin Core wallet then transfer your NAV coins to the wallet.

How has Navcoin (NAV) performed recently?
Navcoin‘s price has decreased in the last 24 hours by -2.29%. The change in price over the last seven days was -20.13%. The trading volume over the last 24 hours was $ 181,749. Trading volume indicates how many units of a currency are being bought and sold on specific exchanges. High trading volumes are likely to drive more on-chain activity, for example when people deposit and withdraw funds, and it is considered a good indicator of popular interest in the currency.