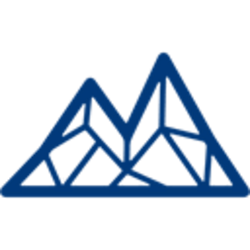 Mithril is platform created by the Taiwanese-American pop star and entrepreneur Jeffrey Huang, founder of the app 17 media, the most popular live-streaming app in Asia. It's linked to social media allowing users to be rewarded by their content.

Each social media adopting Mithril can reward their users setting a value for "likes", "views", "shares", etc. Users can spend the MTH tokens in the apps within the Mithril platform, such as buying premium content channels and unlocking nctionalities or buying new applications. It was released alongside with Lit, an app for sharing "stories", similar to Snapchat. Lit was well-received with an active user base in Asia.

The MTH token is an Ethereum-based ERC-20 token.

How has Mithril (MITH) performed recently?
Mithril‘s price has decreased in the last 24 hours by -3.90%. The change in price over the last seven days was -3.77%. The trading volume over the last 24 hours was $ 4,543,163. Trading volume indicates how many units of a currency are being bought and sold on specific exchanges. High trading volumes are likely to drive more on-chain activity, for example when people deposit and withdraw funds, and it is considered a good indicator of popular interest in the currency.